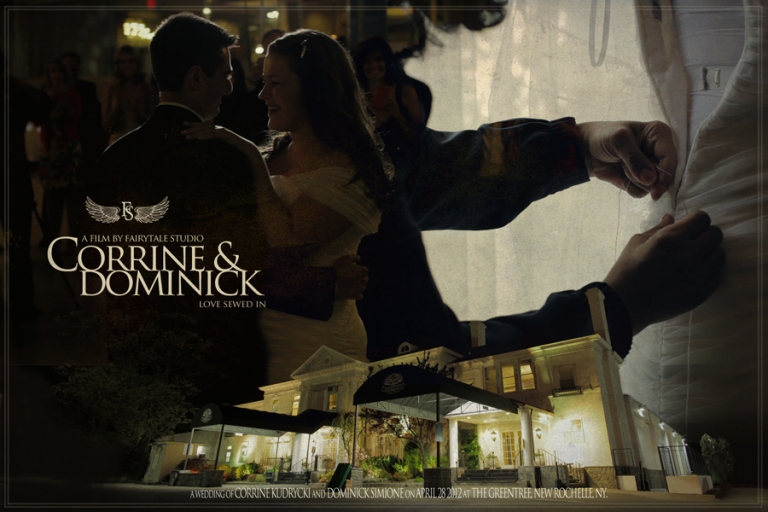 This wedding was a thriller. We arrived to record the bride and groom’s preps, everything way ahead of time. We had about 30min to spare when Corrine started to put on the dress. While her mom was zipping her up, the zipper started to act out. They couldn’t zip it all the way, so they forced it a little and then the zipper busted. One tooth was missing and there wasn’t nothing else anyone could have done, except stitch her into her dress, just like a doll. The problem was no one had a sewing kit and especially a white thread (lesson here for all the brides to be reading this – make sure you have a sewing kit with a white thread on your wedding day) It was a time to call a seamstress. She came within 25 minutes and started to sew Corrine up. About 3 feet length, took another 25min. At this point we were running half an hour late. I personally heard it from the priest when we arrive to the church. It was a smooth sailing, after that. Although, Dominick must have had a great time cutting Corrine out of her dress that night 🙂